Urbanisation has left hundreds of millions of children excluded from vital services, UNICEF warns in its new report, The State of the World’s Children 2012: Children in an Urban World.

Over half the world’s population – including more than a billion children – now live in cities and towns.

Cities offer many children the advantages of urban schools, clinics and playgrounds. Yet the same cities the world over are also the settings for some of the greatest disparities in children’s health, education and wellbeing.

“When we think of poverty, the image that traditionally comes to mind is that of a child in a rural village,” says UNICEF Executive Director Anthony Lake. “But today, an increasing number of children living in slums and shantytowns are among the most disadvantaged and vulnerable in the world, deprived of the most basic services and denied the right to thrive.” 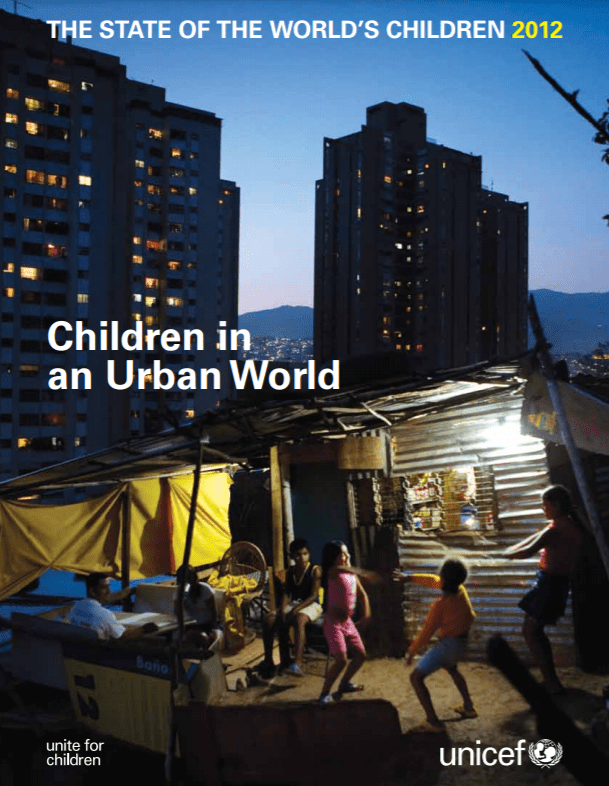