We speak to Gil Penalosa, founder and chair of 8 80 Cities. After many years running the organisation as Executive Director, he now serves as Chair of the Board of Directors. We speak to him about the impact city parks can have on the urban environment as part of our Ask an Expert series.

Let’s start at the beginning. Can you describe your journey into urbanism?

Much of my childhood in Bogotá, Colombia, was spent playing in a public park across from our house. I always had a close attachment to the community, and my mother was a landscape gardener. It was through her that I fell in love with nature. As I finished high school, my father was appointed Under Secretary General of the United Nations, and he organised the world’s first ever conference on human settlements, which led to the creation of UN-HABITAT. It was a very intense period, and he shared his experiences of urban issues across the world. A topic that kept repeating, was the lack of opportunities of children, the enormous gap between the few wealthy and the many, poor. 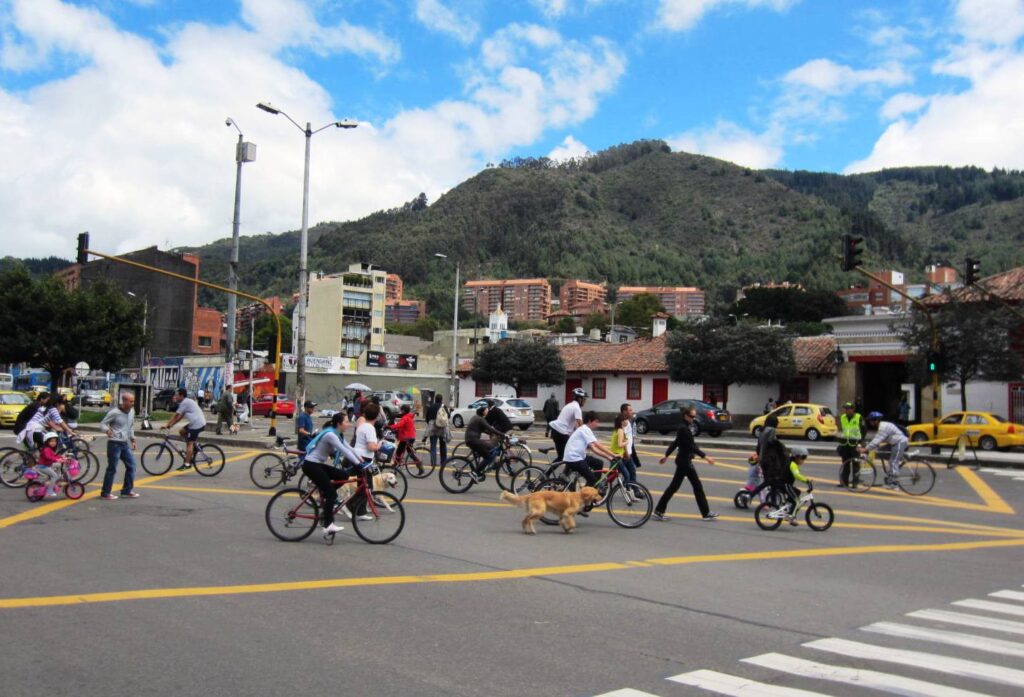 Taking to the city streets by bike in Bogotá. Photo Credit: Gil Penalosa.

What are you most proud of in your long career working with cities and planners?

I am most proud to have been able to develop over 200 parks in Bogotá, most in very poor areas of the city. In addition, I ran a small program called Ciclovia, and turned it into the world’s largest pop-up park where every Sunday 121 kilometres of streets are open to people and closed to cars. Not only has it been an amazing success in Bogotá, where 1 in 5 residents of all ages and backgrounds participate weekly, but it has inspired cities across the world to try out similar programs. Probably the biggest real and perceived danger for today’s children are cars, which is probably why they love car-free Disney World parks. On Open Streets, children can enjoy their cities, safely.

I am always proud of the people that actually get things done. I’m less fond of those with great ideas but multiple excuses about why things can’t happen!

I am also very proud of having created 8 80 Cities 17 years ago, a non-profit organisation based in Toronto, Canada. With the support of amazing staff, partners and funders, we have helped many communities in multiple countries. The message is simple and powerful: what if everything in the city, from sidewalks to libraries to housing, is equally good for an 8-year-old and an 80-year-old? If this was the case, then it’d be good for everyone, from 0 to over 100. We must stop building cities as if everyone was 30 years old and athletic and instead create communities for all. 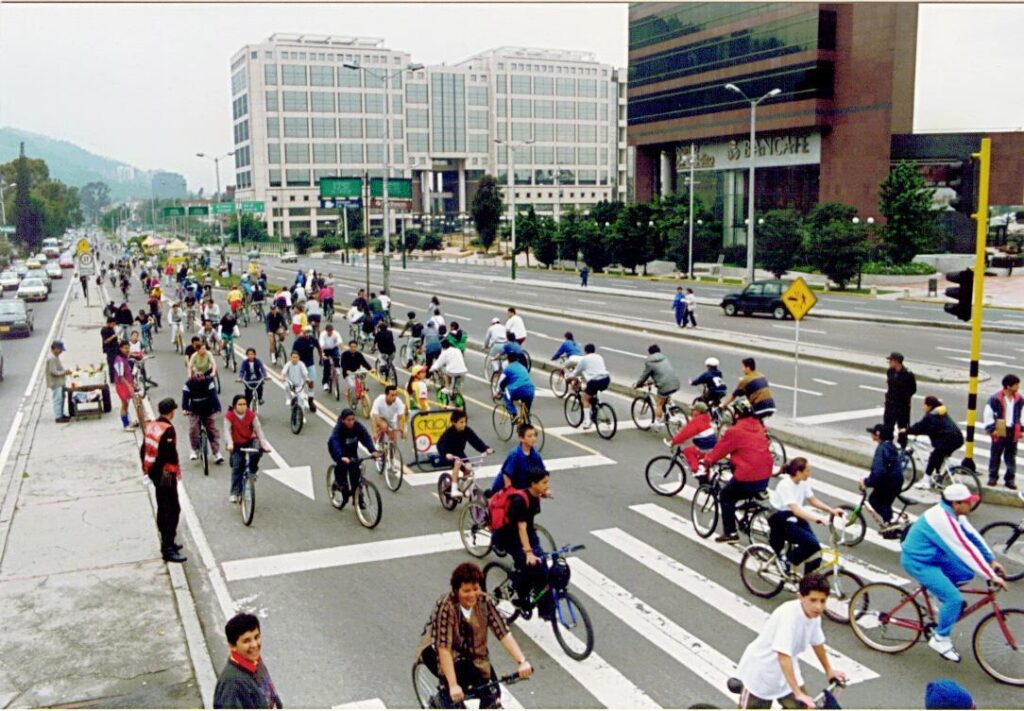 You’ve long been a strong advocate for city parks. Tell us what you think makes a good park. And is there a park that you admire in particular?

Successful parks are those where people visit, stay, and come back, not those that win architectural awards. Urban parks are for people to have contact with nature and other citizens.

I am always surprised that most children’s areas in parks have games for 5 – 12 and 13 – 18 year olds, but nothing for 0 – 4, as if children were born at five. The best part of parks should be the area for 0 – 4 year olds and their caretakers.

We must have citywide park systems, including neighbourhood parks within a short walking distance of every citizen, but also medium size and large parks too, all interwoven as part of a network. They must offer passive, active, and contemplative recreation. I’ve worked in over 350 cities and in all of these places, I have visited at least one park. In addition to the parks in Bogotá and Toronto, my home city since 2000, I love neighbourhood parks in Copenhagen because each one is so different. They encourage visitors to use their imagination. Central Park in New York also has a special place in my heart, for the ways it has inspired leaders and advocates of city space across the world. 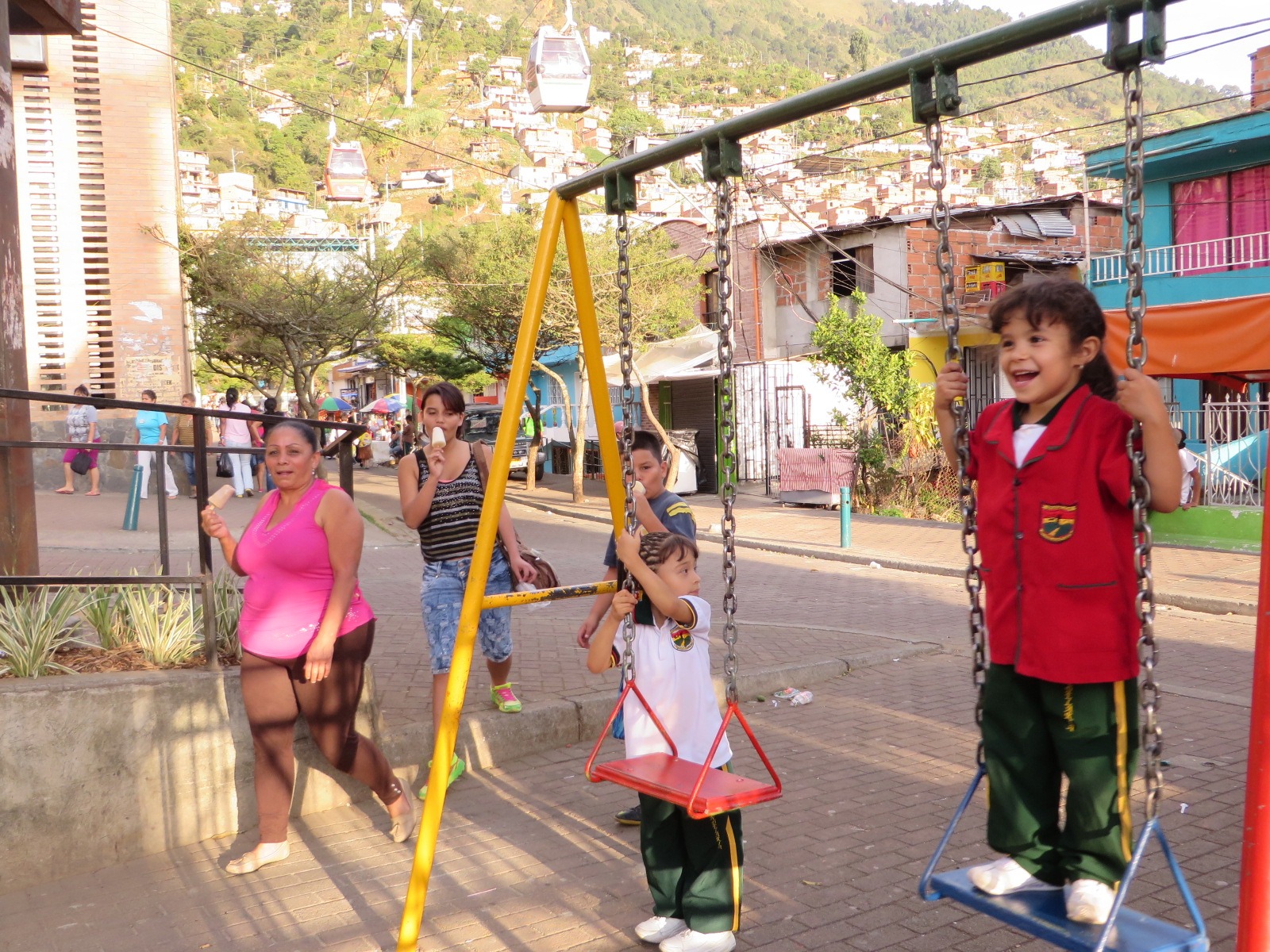 More recently you created Third Act, about helping older adults live richer lives in the city. Can you tell us a little about that? Why is this important for you?

I refer to The Third Act as the period of life when we’re over 60-years-old, which is around one third of our lives! Probably the largest transformation in the history of humanity is the fact that over the last 150 years, life expectancy in every country has more than doubled. Half of this is because fewer children are dying, and the other is simply because we’re living longer. During this third of our lives, people are mostly independent. For 15-20 percent of the time over 60, people become more dependent on others for their daily activities. It’s important that older people have healthier and happier lives, yet unfortunately, most governments are concerned only about the financial burden of the elderly rather than the lives they live. If we only think of our Third Act as negative, then it becomes a self-fulfilling prophecy.

You’ve also explored questions around accessibility for children. How can children and the older generation co-exist and thrive in cities in your opinion?

Children and older adults share a lot. First, tremendous love exists between the elderly and the young. In multiple studies across many different countries, grandparents say that the most meaningful part of their Third Act is their grandchildren. As people are living longer, this is also true with great-grandparents. In cases of both desire and others because of need, grandparents play an important role in the children’s lives, quantity of time and quality of the relationship. I feel that in every playground, as important as it is to have swings or slides, it’s also important to have a comfortable area where grandparents can sit, and enjoy their grandchild as well as socialise with others. It’s a win-win experience.

You’ve done lots of work across North American cities as well as in Colombia. What key differences and similarities do you see?

I find that there are more similarities than differences, both positive and negative. In both there is an urgency to prioritise vulnerable populations. Equity needs to be present when it comes to decision making.

Obviously, it’s harder to accept the lack of equity in North America when the per-capita income is significant. It’s eye-opening that despite the nation’s wealth, one in three children living in cities do not have a park within walking distance, that there are high rates of childhood obesity, and children are frequently killed by car drivers. 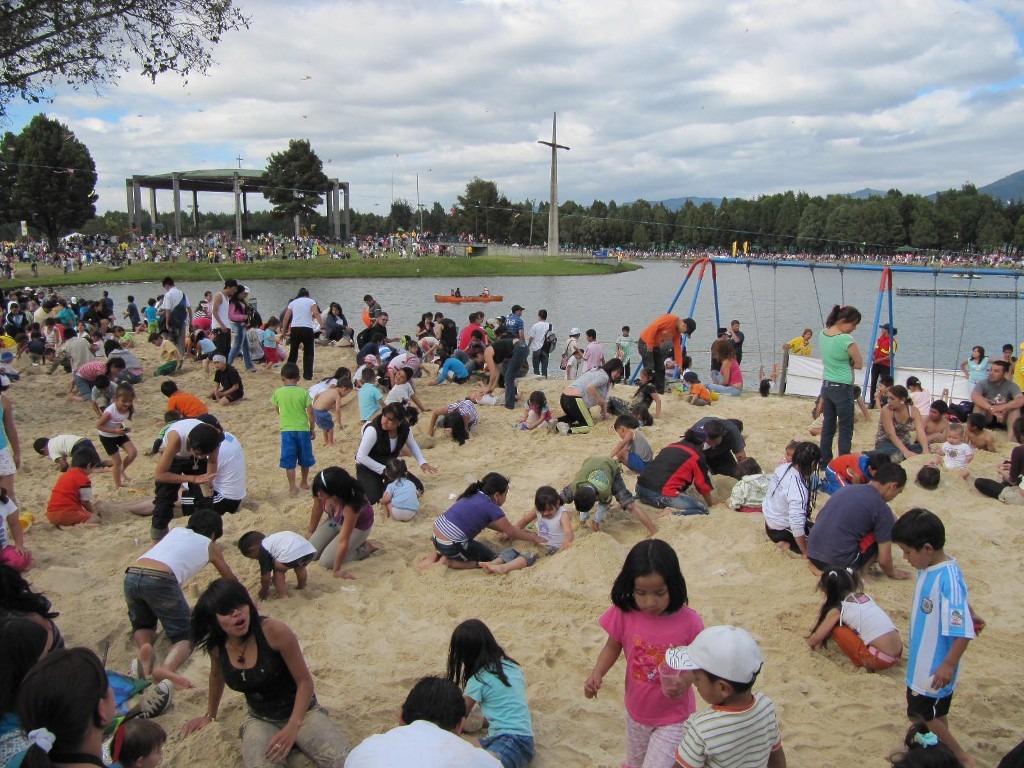 Relaxing in one of Bogotá’s many city parks. Photo Credit: Gil Penalosa

Out of all the cities where you’ve worked, is there a specific one that has had a significant and impressive transformation to improve quality of life?

Most cities have improved, but not enough. Quality of life is improving in spite of what social media says. I especially like the transformation that has taken place in Tirana, Albania, which used to be thought of as ‘the North Korea of Europe.’ Under the leadership of mayor Erion Veliaj, they have made children the priority, in all that they do. And, as we know, cities that are good for children, are good for all of us.

If you were to make two key recommendations to city governments and NGOs to make cities better for children, what would they be?

Governments: Urgency. If you improve the beginning of people’s lives, you improve their whole life. Children born now may live for 90 years. Whatever love, affection, nutrition, health, and play they receive in their first four years, just 48 months, will define 80% of the potential for their other 86 years. That’s a huge responsibility. That is the period when the brain, heart, lungs, are forming; they learn to socialise and develop a sense of belonging in the world, is vital.

NGOs: If I were to suggest recommendations for NGOs, I would say be loud and clear, complement work (not compete) with others and do not give up. Build alliances, as broad as possible, with people interested in climate change, public health, mobility, parks, from private, public and NGO sectors, and reach out to the media, as politicians and other decision makers listen to them. Advocate for the shared vision, but also demand lots of action. Now. Children cannot wait for long term plans that will impact their own children.

Are you optimistic about the future of cities, and whether children’s lives will improve living in them?

Half of the homes that will exist in cities within the lifetime of today’s children, do not exist today. What a magnificent opportunity to do it right, and what a huge responsibility! Whatever communities are built will be where billions and billions of people will live over centuries. We must start by accepting that the overwhelming majority of cities built over the past 50 – 80 years are mediocre, or horrible. They are not environmentally or financially sustainable or good for mental or physical health. We must create and manage cities radically differently. All decisions must be based on three criteria: health, equity, sustainability.

I am optimistic because of what we know. Issues are not technical or financial, they are about changing policies. Now governments at all levels must move from talking to doing.

This work is licensed under a Creative Commons Attribution-NonCommercial-NoDerivatives 4.0 International License. When re-sharing this content please ensure accreditation by adding the following sentence: ‘This blog was first published by the Global Alliance – Cities4Children