Author(s): Save the Children

In commemoration of Mother’s Day, Save the Children is publishing its 16th annual State of the World’s Mothers report with a special focus on our rapidly urbanizing world and the poorest mothers and children who must struggle to survive despite overall urban progress.

Every day, 17,000 children die before reaching their fifth birthday. Increasingly, these preventable deaths are occurring in city slums, where overcrowding and poor sanitation exist alongside skyscrapers and shopping malls. Lifesaving health care may be only a stone’s throw away, but the poorest mothers and children often cannot get the care they need.

The annual Mothers’ Index uses the latest data on women’s health, children’s health, educational attainment, economic well-being and female political participation to rank 179 countries and show where mothers and children fare best and where they face the greatest hardships. For an interactive map and other tools, please visit Save the Children’s State of the World’s Mothers. To the right, you can access the full report, the summary, and the index. 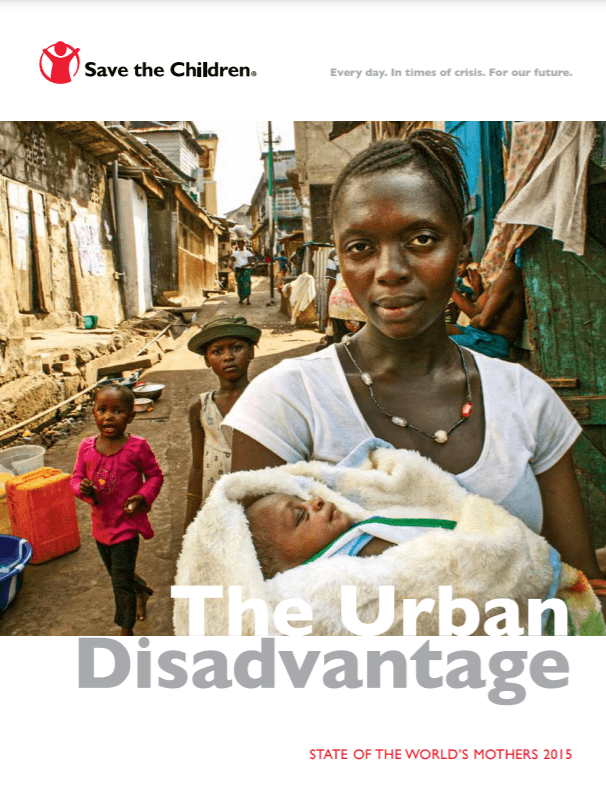