With the rapid urbanization of China and the establishment of the new family structure of “four-two-one” (four grandparents-two parents-one child), taking care of children by the their grandparents has become pretty common in the current Chinese urban families. Currently, 41.43% of the elders in China raise and take care of their grandchildren. Such proportion demonstrates an increasing trend annually. In the meantime, it has been shown from the statistics that the major the groups exercising in the public area during the working days are the children and their inter-generational parents (as ‘the Group’ in the following). Due to the preschooler’s special feature of requiring accompany in amusements, the preschoolers and their inter-generational parents have been the second major users of outdoor public space (OPS) in the cities of China following the older groups. As the major place where the daily life and leisure activities of the Group happen, the environment quality of the urban public and OPS has direct impact on the physical and mental health of the Group. To design and build an appropriate OPS, it is necessary to have a deeper understanding regarding the psychology and behavior demands of the children and their inter-generational parents. This paper aims to have a discussion about this issue. 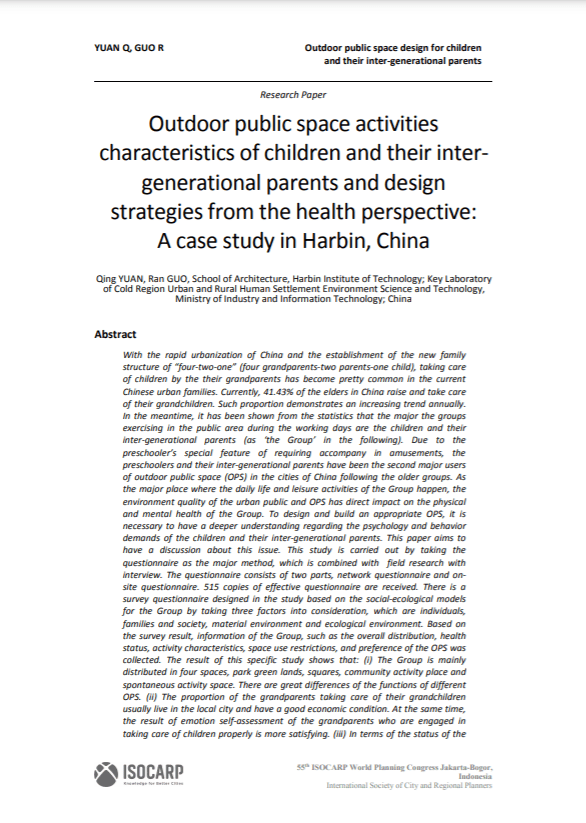