Author(s): Save the Children

By the late 2030s, Africa is set to become a continent with more of its population living in urban than rural areas. Not only do population growth trends in Africa suggest that the sizes of those urban populations will be substantial (by 2100, almost half of the world’s population of children will reside in Africa), but also, they are likely to be constituted in large proportion by children under the age of 18.

Rural to urban migration and natural population growth in cities are the major causes of urban growth and slum proliferation in Africa. These areas present a number of child rights and child protection challenges.

Through support from Save the Children’s Urban Strategy Initiative and the role and work of our Southern Africa Regional Office and country teams in Mozambique, South Africa and Zimbabwe this study utilizes learning from a participatory study with migrant children in those cities to determine suitable methodologies for seeking out and building a profile of children who are most at risk of migrating alone.

The information and evidence collected through this study, based on the insights and advice from children who migrate, now provides the basis for identifying which are the most effective strategies in the most critical geographical locations which can reach the most vulnerable children and protect them on their journeys.

A poster and infographic with highlighted information from the report are also available for download. 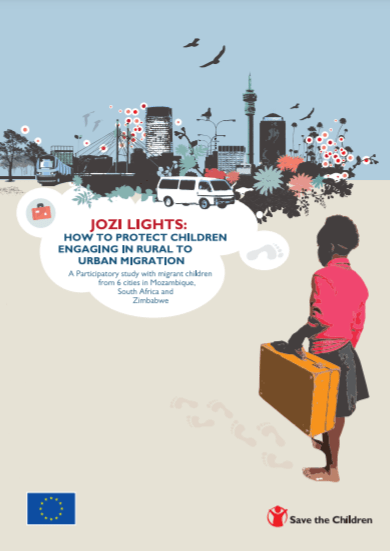