Urbanisation brings enormous challenges, not least in terms of inequality. When poorly or unplanned, it is often followed by widened gaps between the city and rural areas, urban centres and outskirts, and between different groups in society. A billion of the world’s population live in informal urban settlements and with rapid and unplanned urbanisation there is a predominant risk that disadvantaged urban dwellers will drastically increase. Among the most vulnerable are young women in socio-economically disadvantaged areas. Research shows that girls and women do not use a city’s public spaces to the same extent as boys or men. From the age of eight, 80 percent of the public spaces can be dominated by boys, and girls express that they feel significantly more insecure and excluded. In general, women and girls benefit less from urbanization and urban spaces than men and boys. In fact, women and girls in cities will face a range of specific barriers and vulnerabilities in the form of gender based discrimination: gender inequality, violence against women, poverty, unpaid care-work, limited control over assets, unequal participation in public and private decision-making; as well as, Global Utmaning Introduction barriers to education, employment, housing and basic services. There is a lack of knowledge in participatory urban planning and design, particularly in involving vulnerable groups in urban development processes. Research has shown that participatory urban development with girls and young women, local actors, as well as multi-level decision-makers, creates opportunities for more inclusive, equal and sustainable urban development. 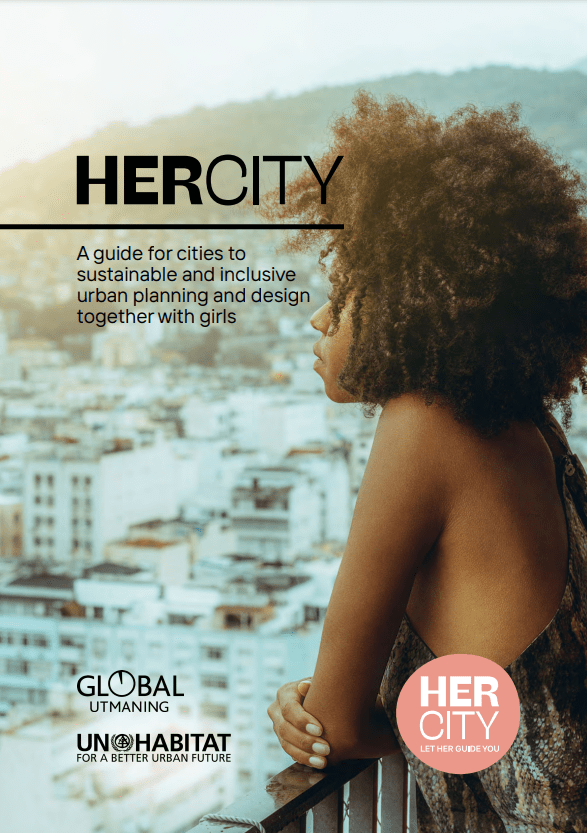