Background Urbanisation in Latin America (LA) is heterogeneous and could have varying implications for infant mortality (IM). Identifying city factors related to IM can help design policies that promote infant health in cities.

Methods We quantified variability in infant mortality rates (IMR) across cities and examined associations between urban characteristics and IMR in a cross-sectional design. We estimated IMR for the period 2014–2016 using vital registration for 286 cities above 100 000 people in eight countries. Using national censuses, we calculated population size, growth and three socioeconomic scores reflecting living conditions, service provision and population educational attainment. We included mass transit availability of bus rapid transit and subway. Using Poisson multilevel regression, we estimated the per cent difference in IMR for a one SD (1SD) difference in city-level predictors.

Conclusion Improving living conditions, service provision and public transportation in cities may have a positive impact on reducing IMR in LA cities. 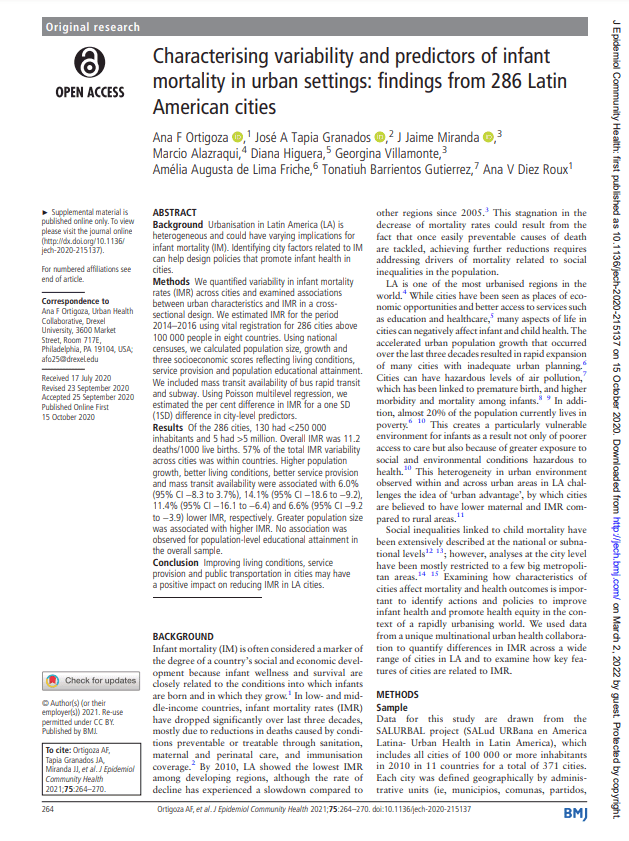