Approximately a decade ago, the world officially became a majority urban planet. Along with urbanization a great deal of human progress has come to pass, including great leaps in child survival and development. Aggregate statistics regularly show that on average, compared to their rural peers, urban children have access to better essential services such as health care and education, water and sanitation, energy and better outcomes. This is in part due to factors associated with the so-called ‘urban advantage.’ On average, urban households earn higher incomes, benefit from improved infrastructure, have improved knowledge and reside in greater proximity to services.

A closer look at the evidence, however, suggests that not all urban children are benefiting equally, and that the urban advantage for children is perhaps an overgeneralization.

To better understand this issue, UNICEF examined the best available international evidence for 10 selected indicators of child well-being drawn from the most recent Multiple Indicator Cluster Surveys (MICS) and Demographic and Health Surveys (DHS) from 77 mostly low- and middle income countries. These indicators cover environmental health, health care and identity, education and knowledge, and survival and physical growth outcomes. Much of the analysis focuses on comparing rural and urban populations and comparing the top and bottom wealth quintiles for these populations. 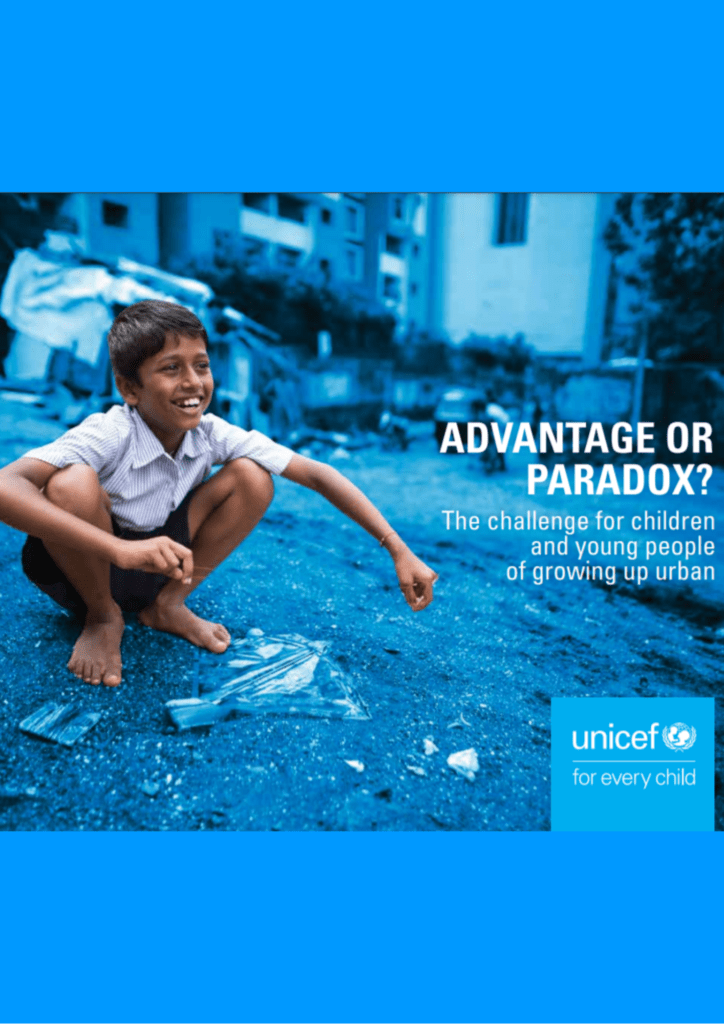