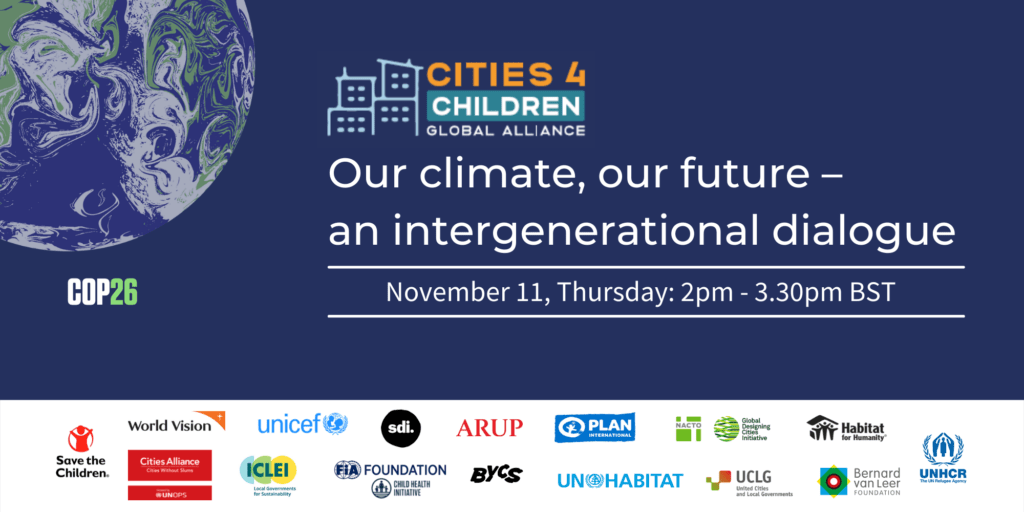 The climate emergency is a key driver of extreme poverty, inequality and child vulnerability. It impedes the realisation of children’s fundamental rights as enshrined in the UN Convention on the Rights of the Child.

“The unfolding climate crisis compounds existing social and economic inequalities both within and between countries, disproportionately impacting the most vulnerable children and their caregivers, particularly those living in urban slums and informal settlements, in fragile and developing contexts.”

Despite being at the forefront of inter-related crises in cities, children and youth, especially the most marginalised, face discrimination and exclusion from decision-making processes in urban and transport planning, climate change mitigation, and local governance, and lack direct representation of their needs. Yet, when children and youth actively participate, they catalyse positive change in the spaces in which they live, learn, work and play, contributing to better cities for all.

As part of COP26, we hosted our first event: ‘Our Climate, Our Future – an intergenerational dialogue’.

This interactive and intergenerational dialogue features children, youth, local governments, practitioners and organisations focused on child wellbeing in cities, on their experiences, solutions and replicable projects to tackle the climate emergency.